「Sleep Well Campaign」 in US 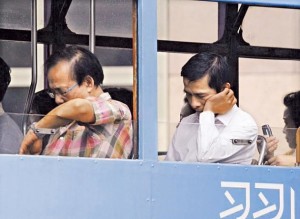 How long have you been sleeping for less than 8 hours? There are lots of people sleeps poorly even though they know the consequences of poor sleep quality. Youngsters usually sleep lately and thus some of the universities of the United States teach students how to sleep well. Learn sleep knowledge the earlier, the better and is a life-long benefit!

Having a good sleep, people are particularly refreshing. However people nowadays are busy all daytime and night and groan that they do not have enough sleep. Sleeping is just like other daily good habits, should be started when young. Sleeping is not enough to be a small problem, but can also be a big knowledge.

University teach “sleep knowledge” not to be night owl

The United States “Huffington Post” reported that about 60% of American college students have the problem of sleeping deficiency. There are a number of universities in The United States concerned about this and think they should take the initiative to teach students to sleep well and pay more attention to it and put it in first priority.

According to reports, the University of California at Los Angeles held a “Sleep Well Campaign” in early of this month. They set up a napping room in the campus, have professions to explain sleep information to students, provide free yoga class and meditation practice for sleeping well, carry out sleep quality test for students, and organize lectures with sleep experts.

Activity responsible person said, there was a culture existing among students, being a night owl as a pride. This event was to remind students the importance of sleep and not to give up sleeping for other activities. The report stated other universities also had similar practices, such as providing students with sleeping tips, or posters to remind students to pay attention to sleep and so on.

It may seem fussy that even the universities also teach sleeping. But there are indeed differences between how a good sleep is and how to sleep well. Poor sleep can cause both physical and mental harms, in addition to long-term fatigue and “Panda Eye”. There are lots of foreign studies also point out that lack of sleep can cause slow response, learning drag down, low working deficiency, decreased immunological resistance, and even some research stated that people will eat more if they do not have enough sleep and increase the risk of overweight. These seem to be known by everyone, however not much people stay alert to them. This is especially seen among youngsters who think that they could tolerate sleeping less and late while for office workers or housewives, they usually have millions of busy reasons. As a result, whether they sleep enough or sleep well, it is a less concern for them.

Lacking of sleep should be a common phenomenon in Hong Kong.

A mobile app Sleep Cycle has published a survey about sleep habits of people in more than 50 regions in the world and found that Hong Kongese’s sleep quality ranked 17th, which is the lowest among Taiwan, China and Hong Kong. The average sleeping time is 6 hours 39 minutes and less than the suggested time 7 to 8 hours. Hong Kong is also the region who sleeps the latest among the three regions, the average time is at 0:55.

Apart from sleep deficiency, many people have a wrong understanding of sleep or bad habits, such as believing that sleep can be recovered. For example, they think that if they sleep late during weekdays, they can replenish those sleep time during holidays by sleeping longer. However, sleep cannot be replenished by sleeping longer.

University of Pennsylvania in the United States conducted experiments in 2013, participants slept less than 6 hours during the first 6 days and then slept for 10 hours in the next three days. It is found that sleeping longer does not help to reduce the impact of poor concentration due to the lack of sleep in the first 6 days

Blue light worsen sleep quality, keep away from the phone

Today regardless of adults or children, they love to play electronic products, watch TV, and use mobile phones before going to sleep.

These make them blindly postponing the sleeping time and the more they play the more do not want to sleep. “New York Times” reported last year, the blue light emitted by electronic screen could inhibit the human body to produce sleep hormones and even stimulate the brain, thus delay the time to sleep.

Some studies pointed out that if a person use Tablet PC for two hours before sleep, they have to spend an additional hour to fall asleep.

There are companies in United States launched a product which can filter out blue light from the electronic screen is a pair of orange glasses. This convenience the users to use mobile phone at night, however, encouraging them to sleep less at the same time.

If the phone is put where it is reachable by hand during sleep and get up once the messages tone ring, you will never have a good sleep then. Sleeping well is knowledge and can charge you up for daily activities, no matter learning or working etc, the more busy you are, the more importance of sleep.

Points to note for purchase of medical devices